I have a ton of TTM goodness scanned and waiting in a folder. They're coming in faster than I can reasonably post them without getting into an autograph post lull. So today I'm going with a five card flurry of vintage rookie cards, sent out and graciously signed. I'm glad there are still a good amount of retired guys who don't big-time their fans. I suppose they're still appreciating the fact that they've had admirers for decades, which is pretty cool. 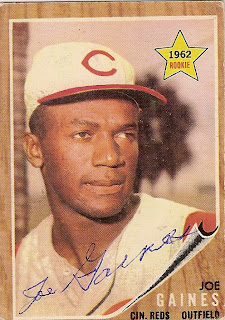 First up is Joe Gaines. Seven year big league career, the first three of which were with Cincy. Mostly a sub, he found himself in 80 games as a Red and 281 more games with Baltimore and Houston. Signed is a 1962 Topps #414. 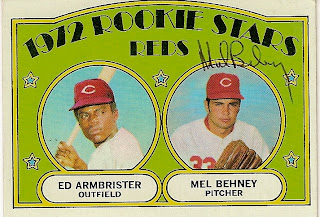 Next up is Mel Behney. Behney found himself in the majors for one year, 1970, where he would make 5 appearances on the mound for the Reds. Only 10 innings of lifetime work, but still found himself on a good looking 1972 RC. Signed is a 1972 Topps #524 with Ed Armbrister. 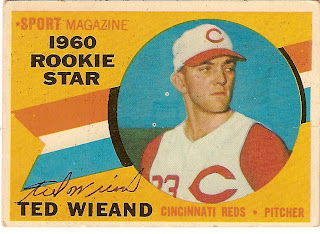 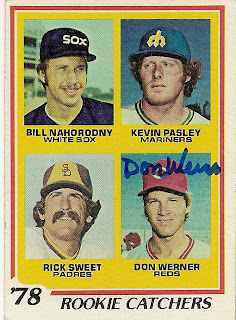 Don Werner enjoyed a seven year career, beginning with Cincinnati and staying for 5 years and catching 94 games before finishing his career with Texas. Signed is a 1978 Topps #702. 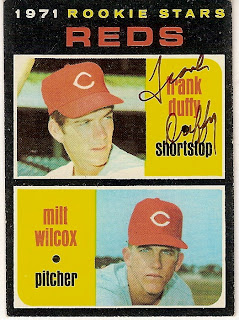 Last, we have Frank Duffy. The most successful of the bunch, Duffy played shortstop for 10 years, the first 2 with the Reds where he found his way into 19 games. He would play for the Giants, the Indians (where he would be their everyday shortstop), and the Red Sox as well. Signed is a 1971 Topps #164 with Milt Wilcox.