To sum up my spiel from yesterday... small card show, decide to wait for the big one in two weeks, get money, reconsider, load up on goodies, post, post, post.

Part 2 - It Ain't the Size of the Cardboard, It's the Motion of the Promotion

Yeah, all the companies are using stupid gimmicks in order to dip into the dusty recesses of our wallets, including oddly-sized cards. And a lot of the time they slide around in pages quite annoyingly. But there's still some cool stuff out there, and I grabbed a stack of misshapen cardboard to bounce around my albums. 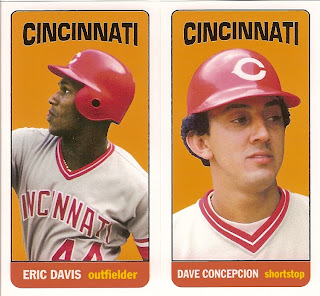 First, these sweet Mini Tall Boys from 2013 Topps Archives. I'm ok with them sneaking a vintage football throwback into this series. It's a wonder Topps didn't use the Tall Boy design for their 1965 baseball cards. But we have a nice, albeit undersized, homage here, leading to the odd designation of "Mini Tall". Eric Davis is all over the new Archives sets and Davey has been a mainstay. Sweet. 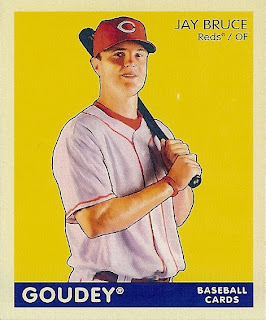 Here we have a 2009 Upper Deck Goudey Mini Jay Bruce, cut to the size of the original Goudey releases of the 1930's. This is the Navy Blue Back variation, which I didn't find worthwhile to scan. This differs from the regular mini, which has green text. A pretty weak variation. In fact, I had no idea it WAS a variation until I got back home. I'll take it. 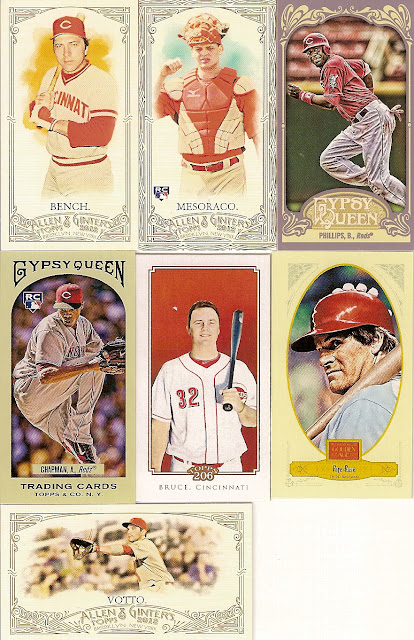 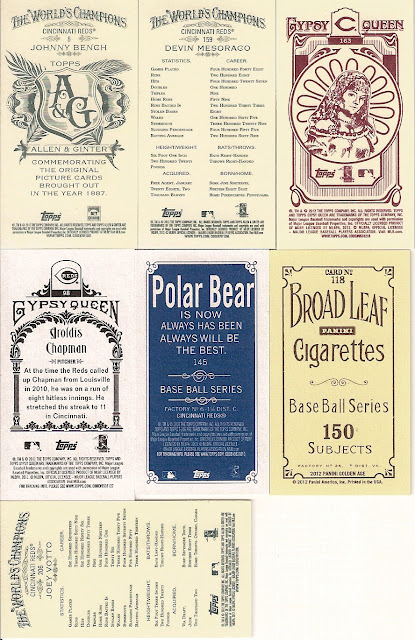 I'm actually kind of digging the backs of these minis. The throwback to the turn-of-the-century era cards is really nice. And they look pretty cool all mixed together in the 15-pocket pages. 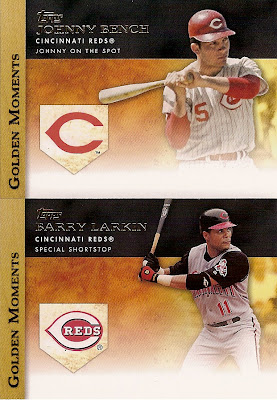 Here we have the two Reds from the lone insert set from 2012 Topps Mini. We've all seen the Golden Moments cards from last year. There were tons. These are just smaller. It does, though, complete my needs for the set, which is always a plus. 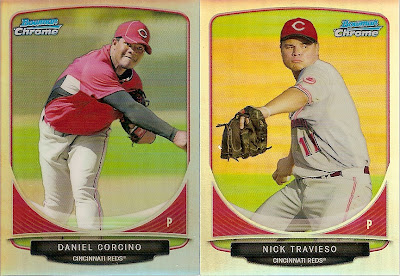