Back From Vacation with a Mega Contest

Been gone for a week. I know. You totally missed me, right? Well crawl out from under your card desk, unfurl yourself from that fetal position, dry those tears, and get ready to celebrate, because Red Cardboard is unloading everything. Everything I don't want, that is. This includes everything non-Reds related as well as all the pesky Reds doubles. I want them gone. Vamoosed. Hoffaed. And you, gracious readers, get the loot.

First, let's look at the giveaway packages, then we'll go over how to get an entry into the drawing. 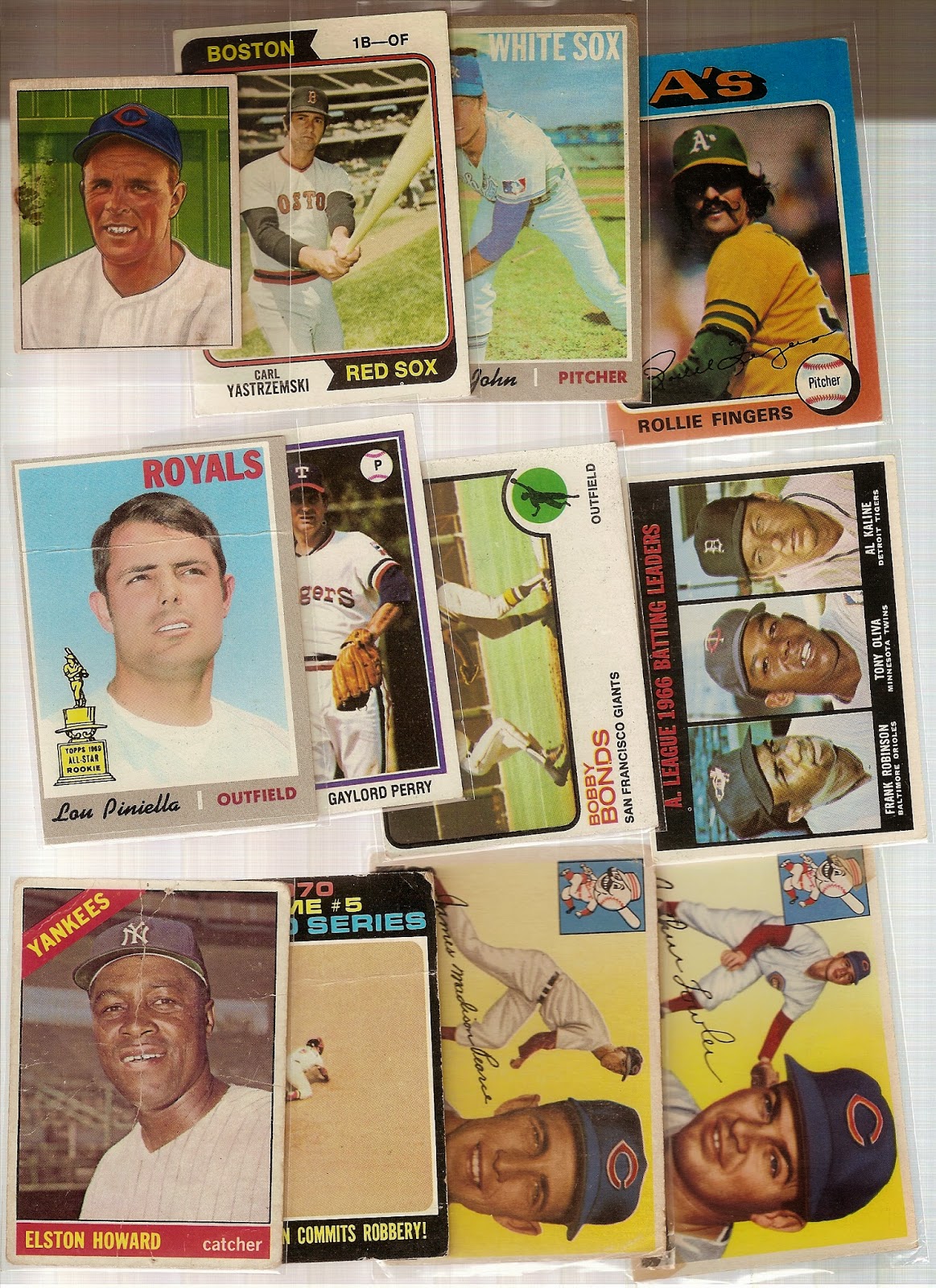 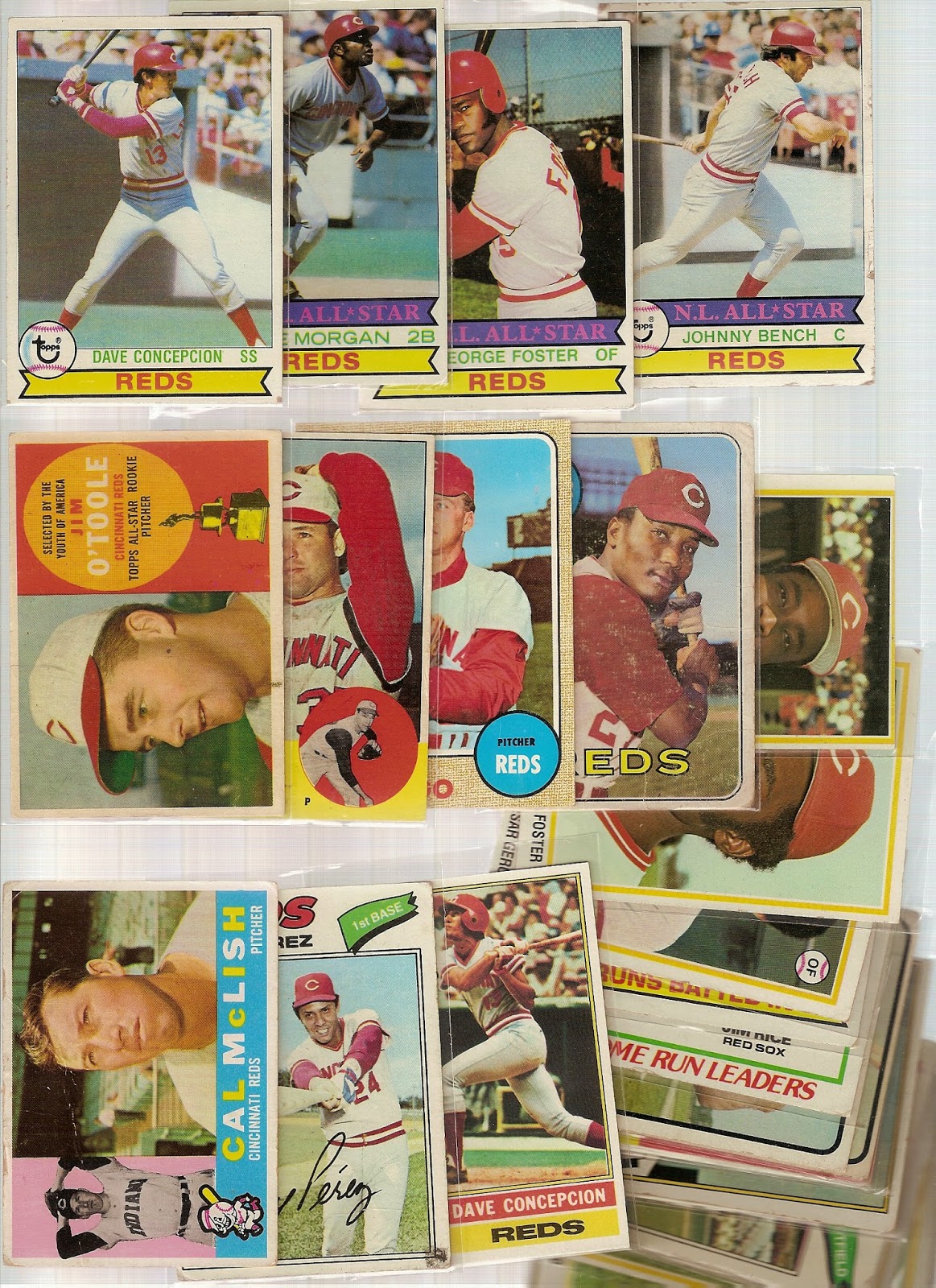 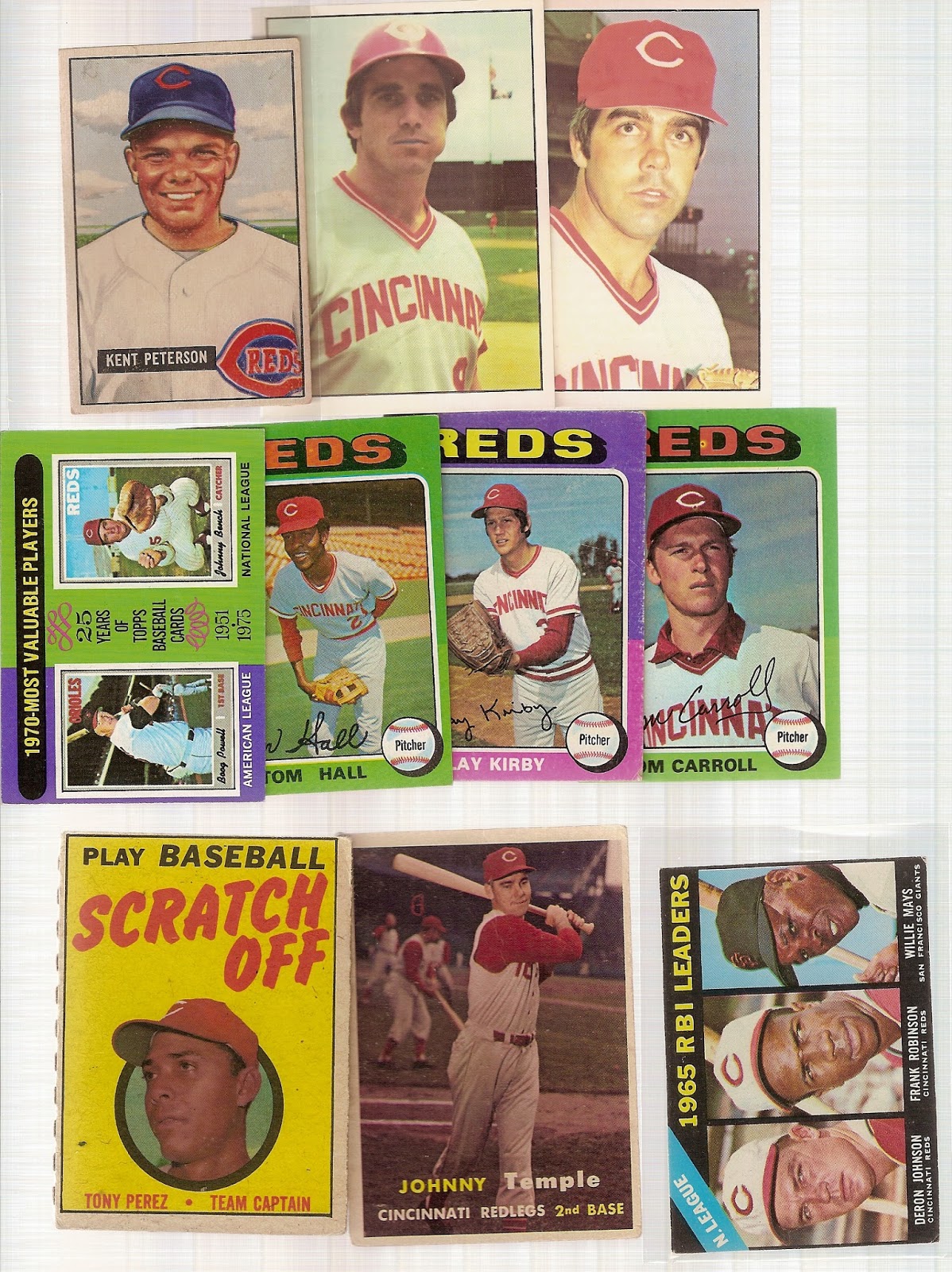 Rundown: A 660-count box full of random goodness. I've plucked all parallels and inserts out of there for other prize packages, so don't expect anything fantastic. But in here is a big ol' pile of cards, the majority from the 2000's. All the stuff in here from the 90's is limited to All Stars/Hall of Famers. Also, a lot of the cards are sleeved, so there's fewer than 660 cards. But it's still jam-packed with goodies. 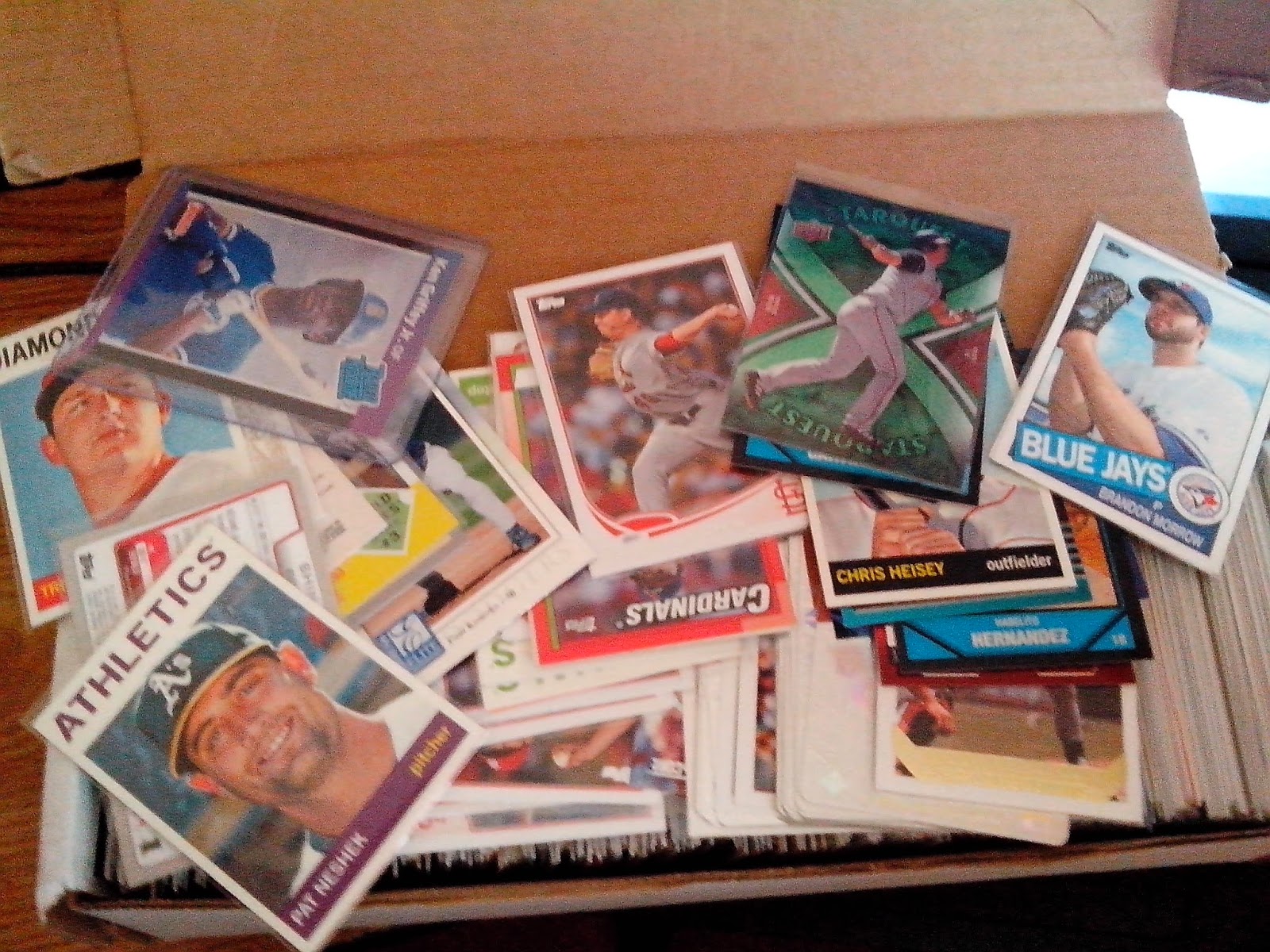 Prize Package #3: Refractors/Xfractors (All Reds but 1) 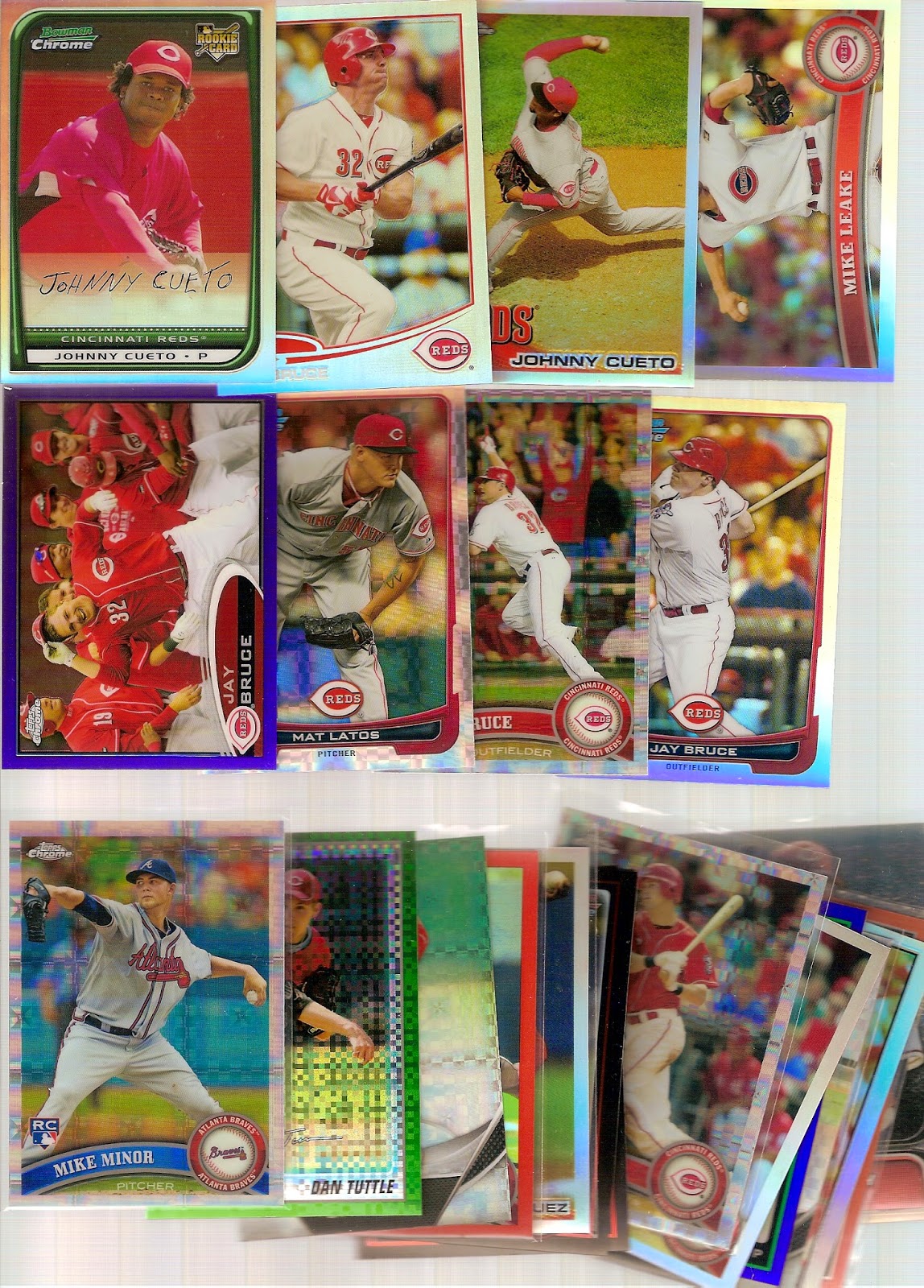 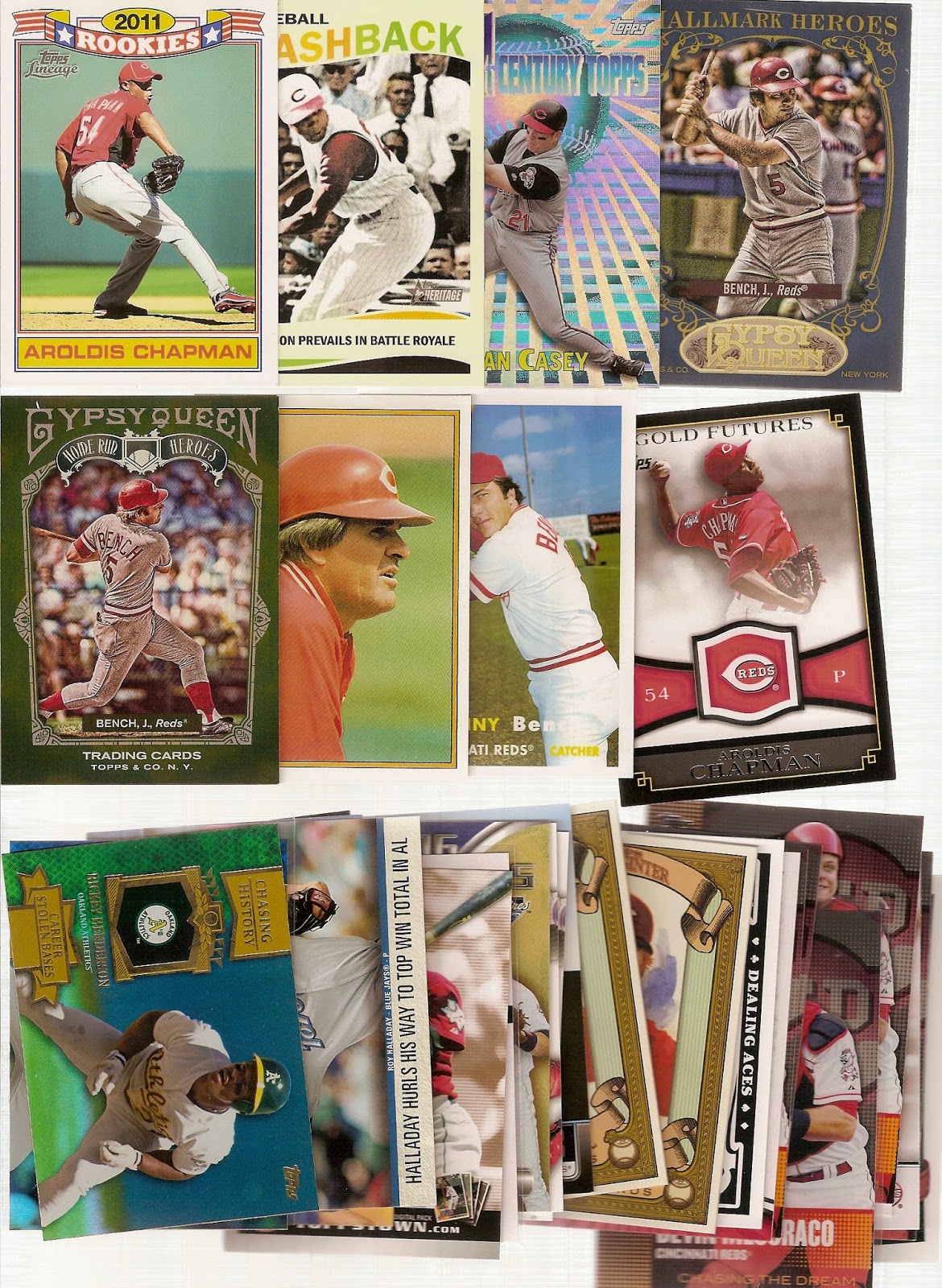 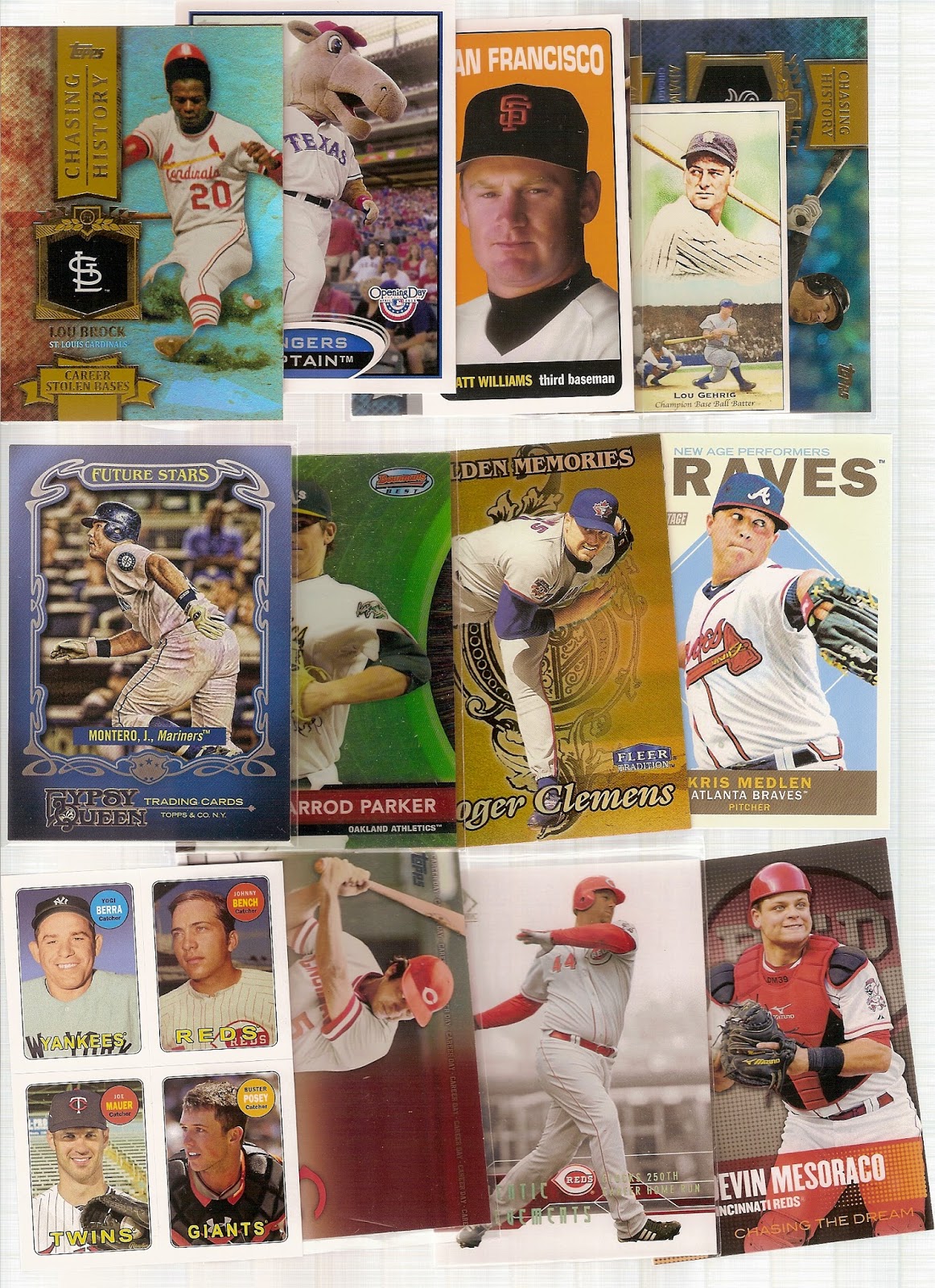 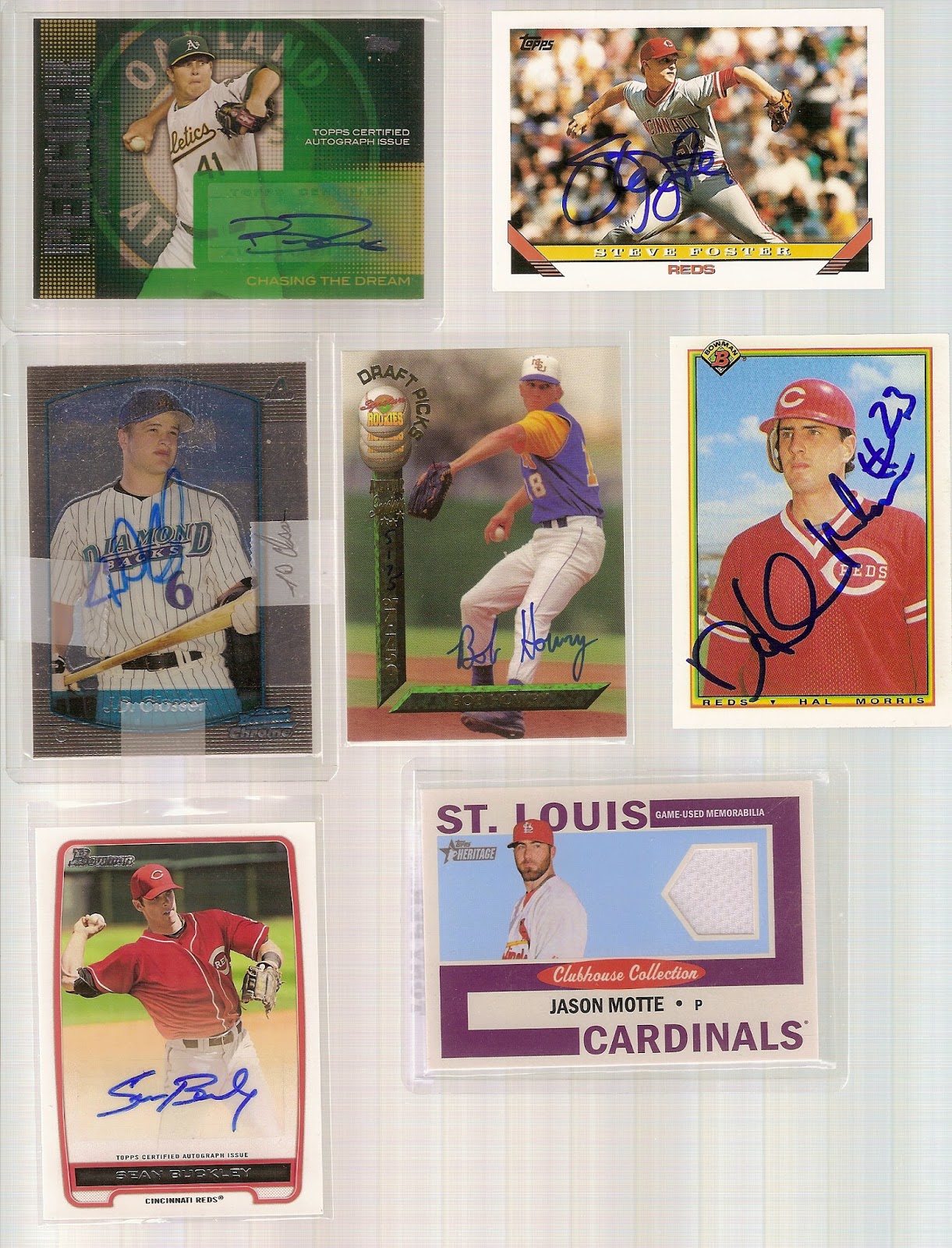 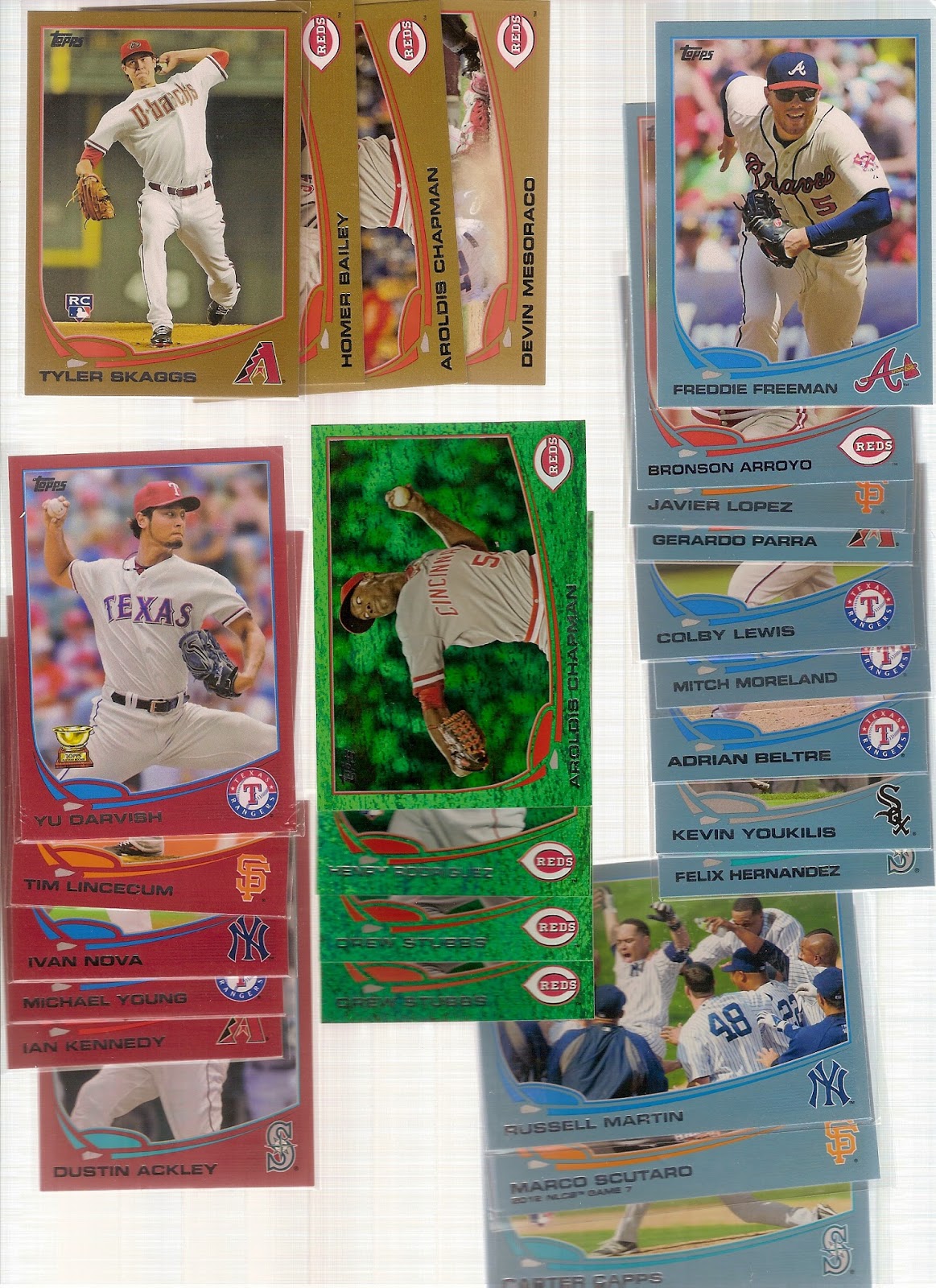 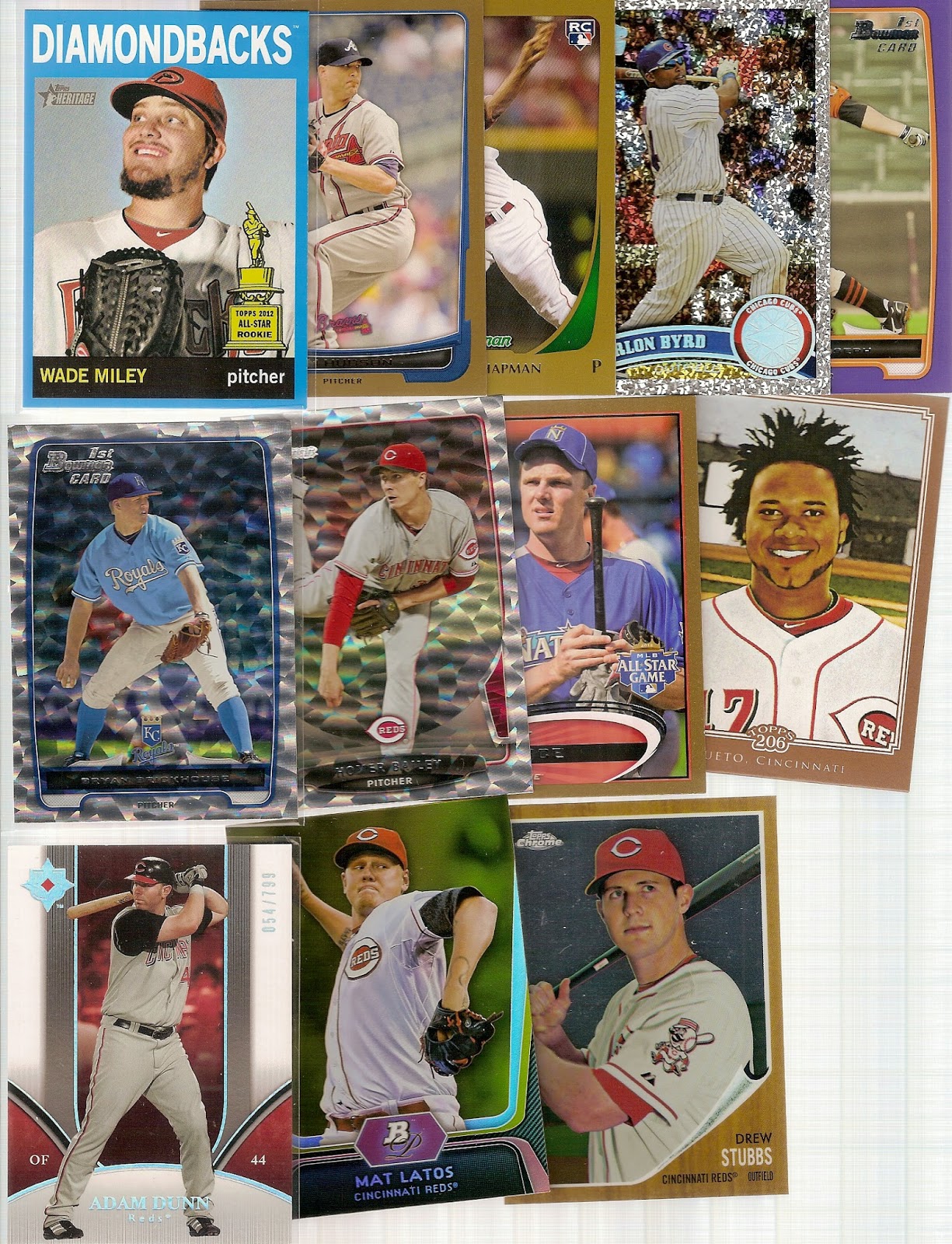 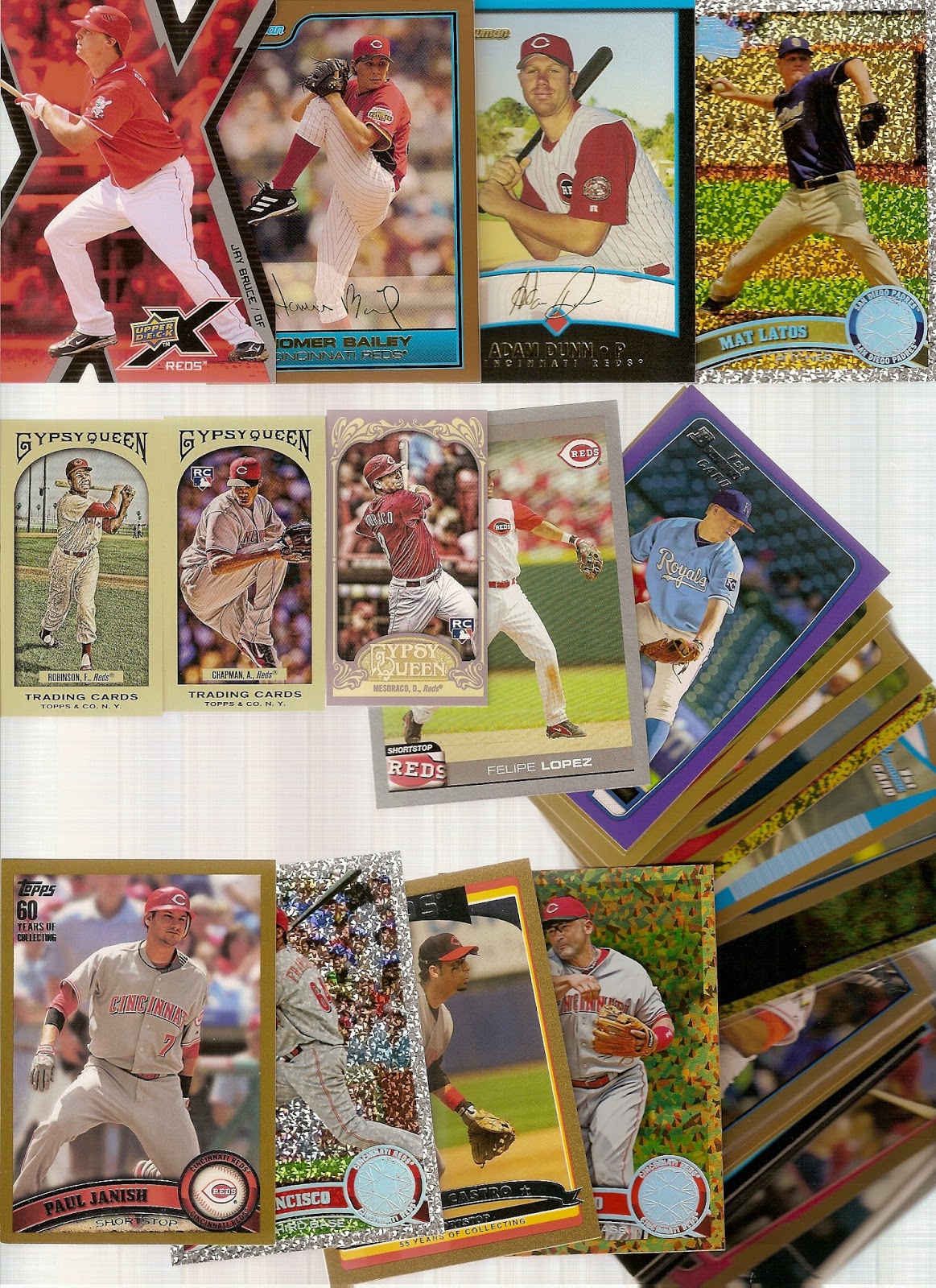 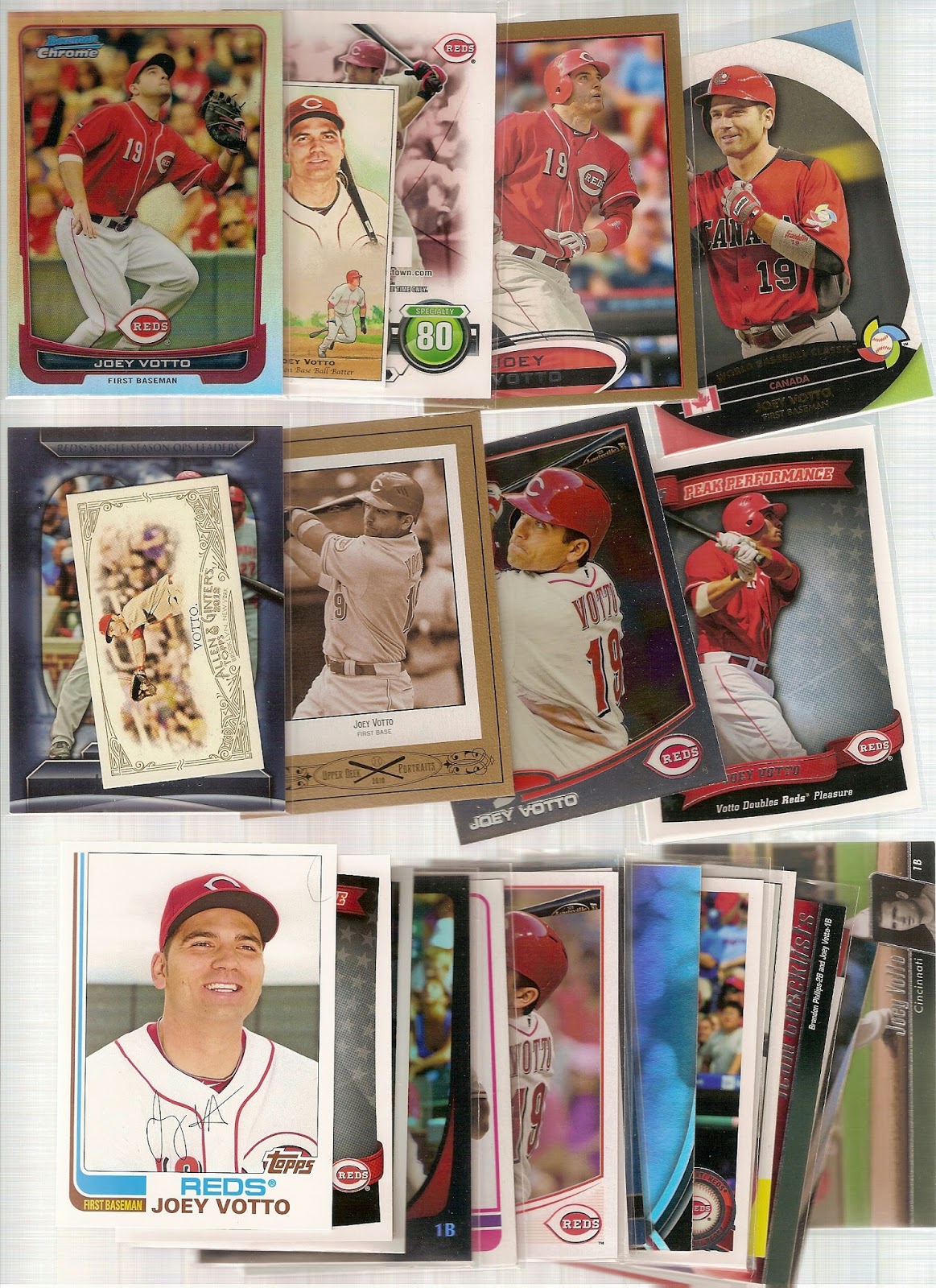 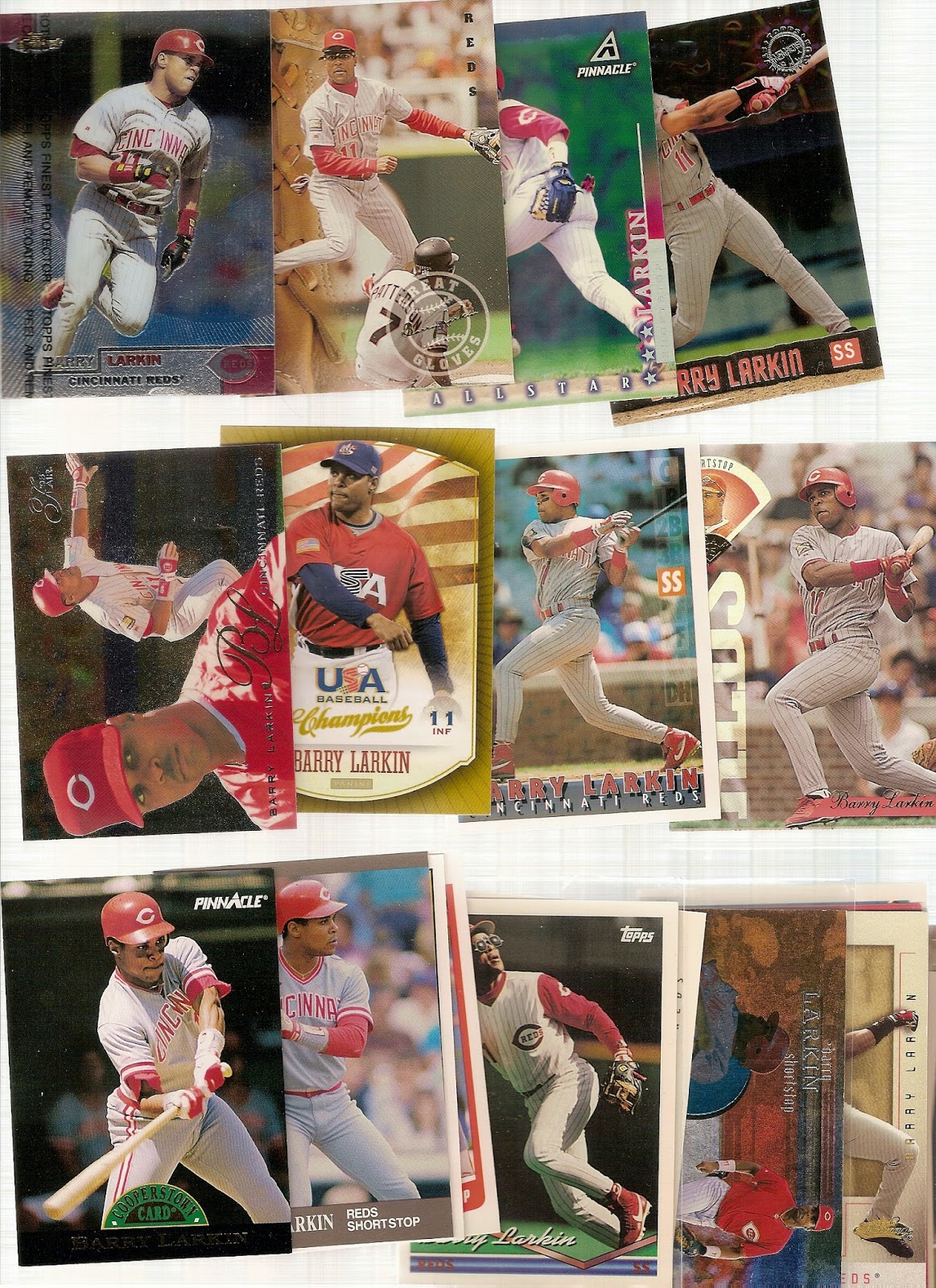 Whew. That's a lot of goodies. Ok, how do we win prizes, RC? The way I'll do this is you can earn multiple entries into a random drawing through a variety of means.

First, how to get entries without catering to my material selfishness:

1. Comment on this post or on the "Mega Contest" page above - 1 entry
2. Pimp this contest on your blog - 2 entries
3. Introduce a fellow card collector to my blog who's never heard of it and get him to comment here and mention you - 1 entry each

Second, how to get entries BY catering to my material selfishness

4. Send me a PWE with Reds goodness - 1 entry per card, 5 bonus entries per card I don't have. There's a Zistle link on the sidebar if you wish to explore what I have. Or just gamble and send some randomness. Email me for my mailing address (mattmccurry AT gmail DOT com). I don't mean for you to go broke shipping me a bunch of stuff. But if that's what you choose to do, I can't imagine attempting to stop you.