Well, our boy Aroldis Chapman took a line drive to the face in a game yesterday. He was taken off on a stretcher, but never lost consciousness and has been in good spirits. Fractures have been confirmed. There will be an official announcement regarding the situation today. I'm fearing the worst, but maybe that's only because I'm a seasoned Cincinnati sports fan. Only search for the video if you enjoy clenching your buttocks.


I bring this up, because I had the rest of the show haul loaded up for today and it included a nice pile of The Cuban Missile, which is now leaving me bittersweet. 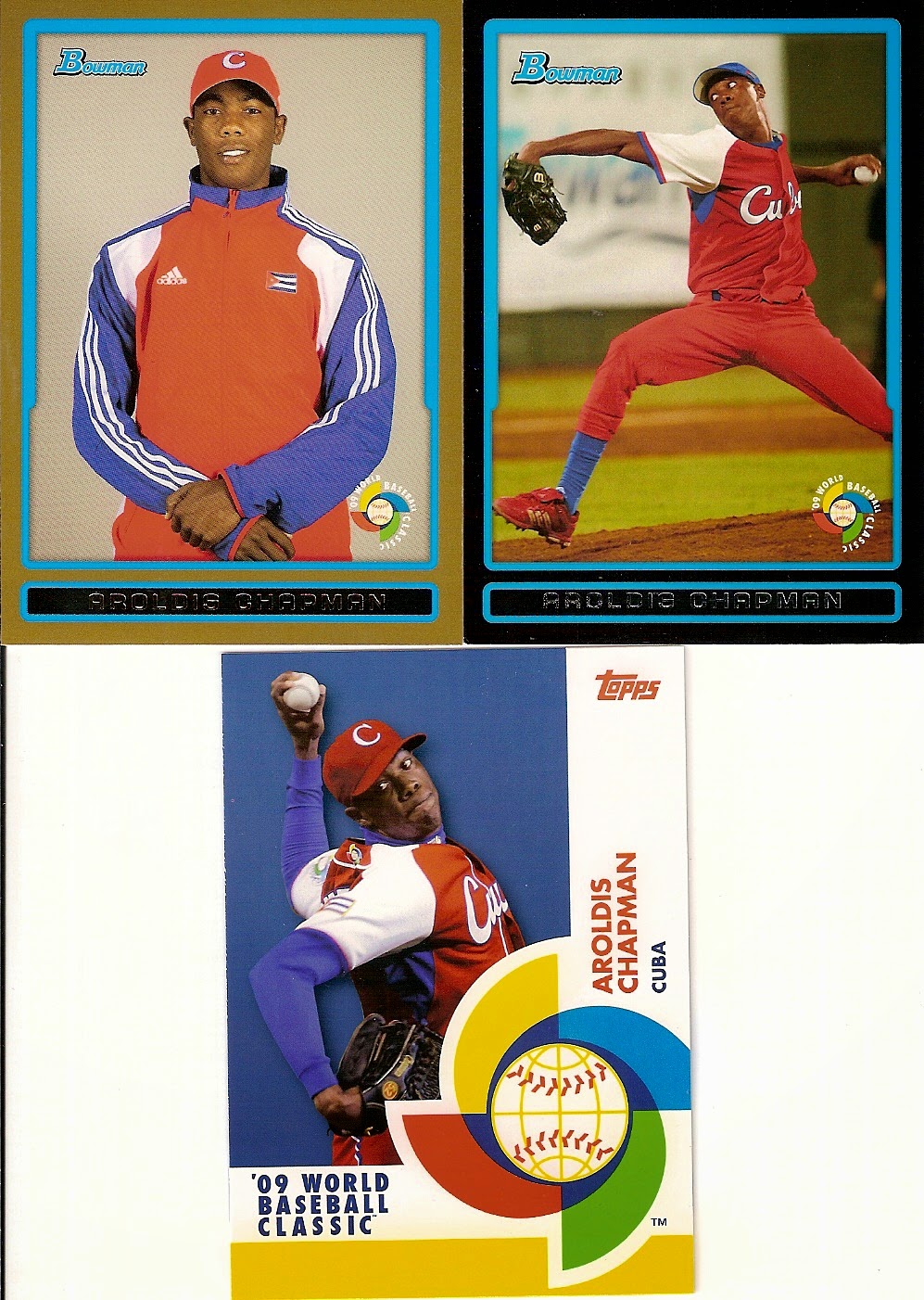 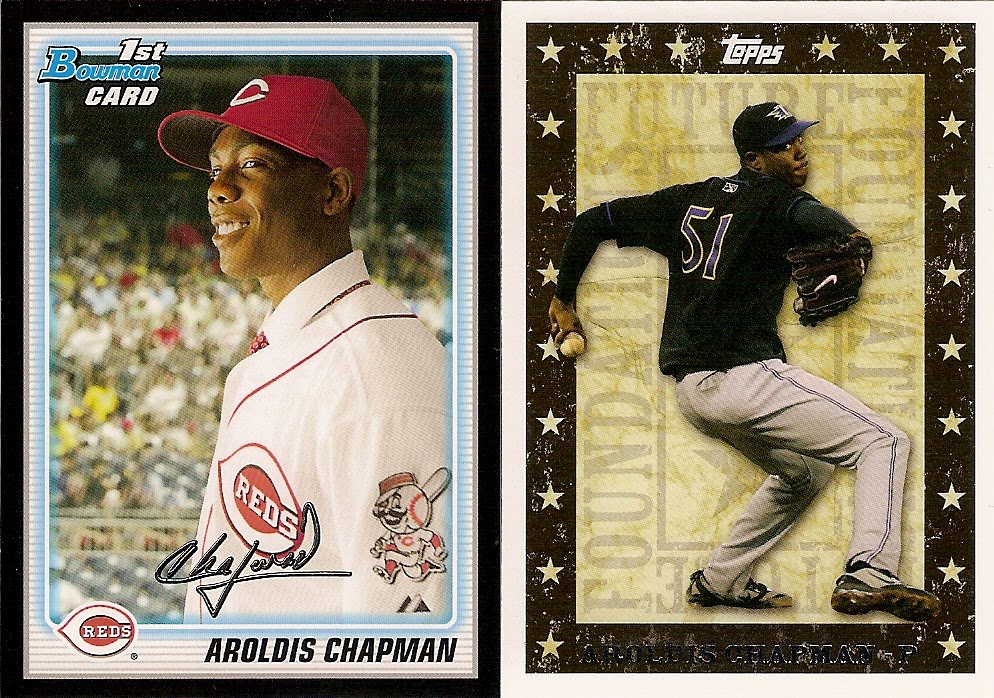 That's a Louisville Bats AAA uniform, if you were wondering. 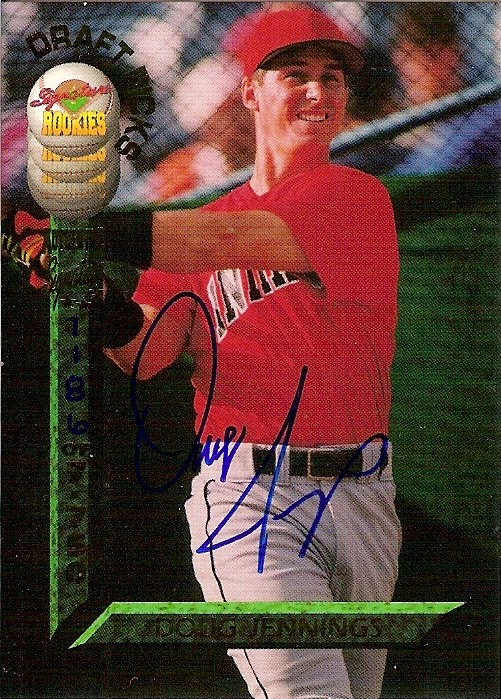 1994 Signature Rookies and Draft Picks Signatures Doug Jennings. This set is mostly full of high school/college players who just got drafted and may or may not have even signed with the team listed on the back. With Doug Jennings, though, he was actually drafted 10 years before this card, by Oakland, then made it to the majors for 4 years (1988-1991) with the A's, then played for the Cubs in 1993, THEN, found himself in Reds AA in 1994, earning this card. After 5 years away from baseball, he rejoined an independent league team, and played in and out of independent leagues, Mexico, and two more big league farm systems for 6 more years, finally calling it a career, in 2005, as a 40-year old for the Long Island Ducks. Most excellent.

Even more excellent? This card was found in an 8/$1 box. 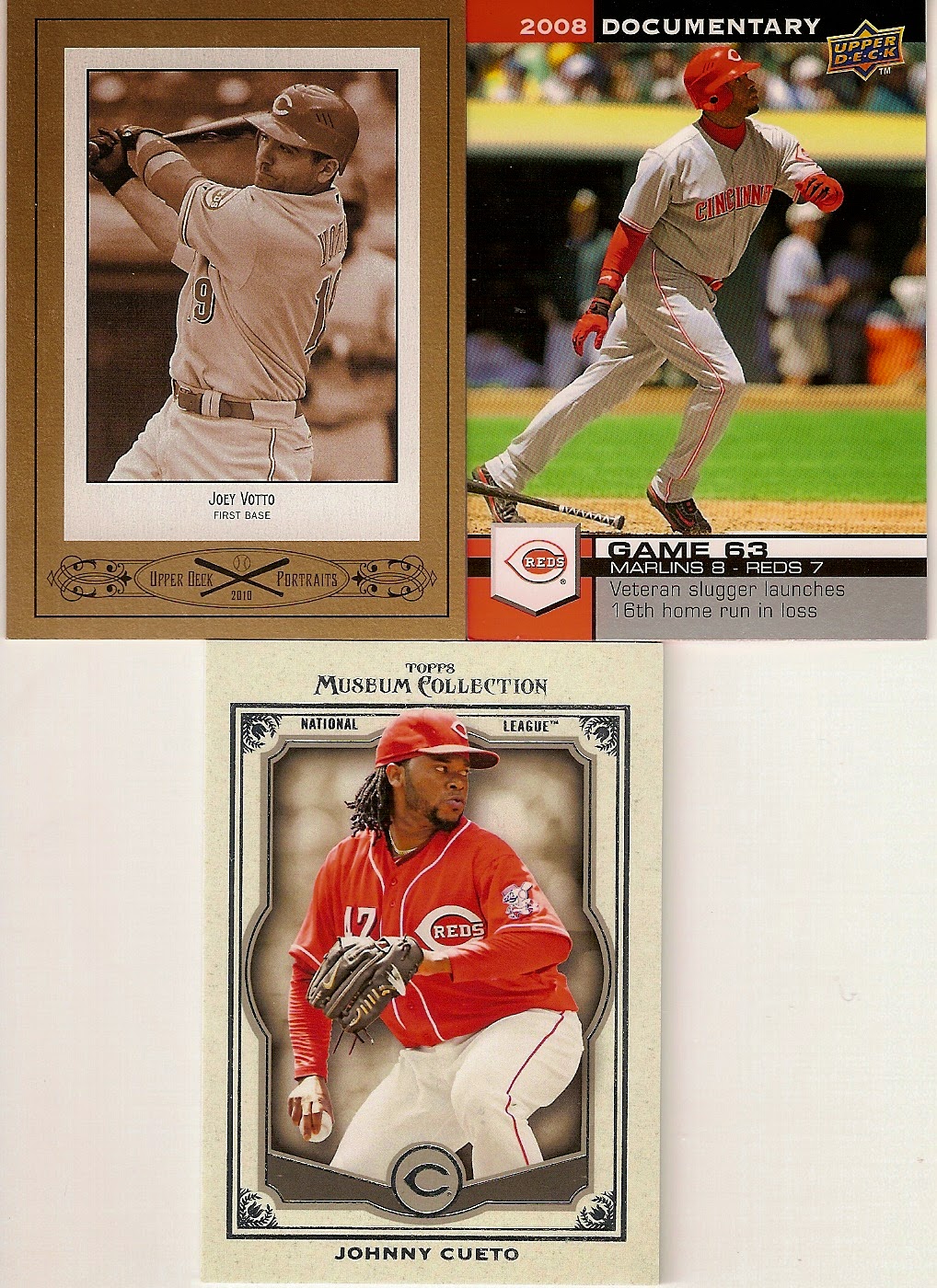 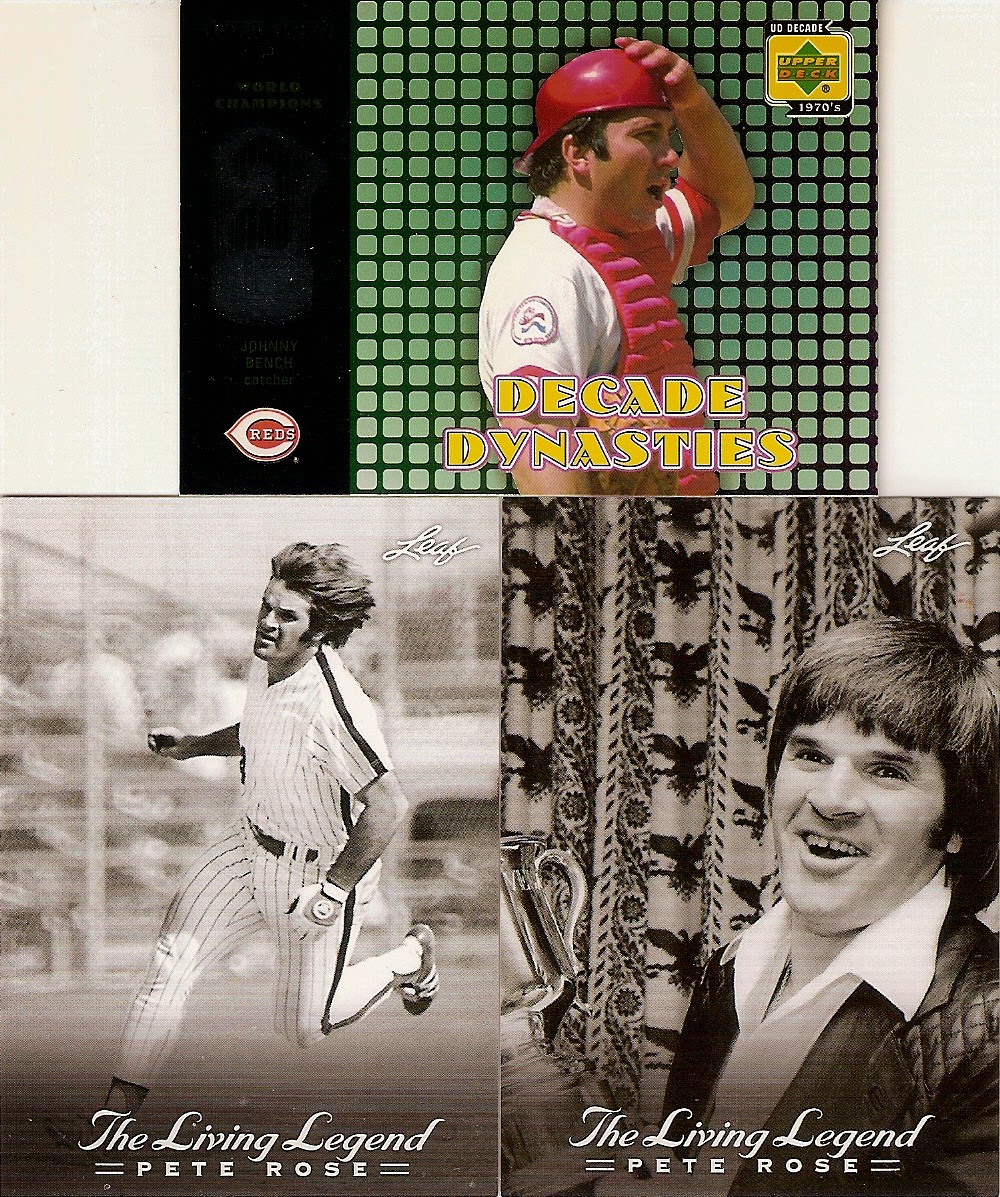 
Only missing #5 from this Rose set. And I'm no expert, but I think that photo on the right may, MAY, have been taken in the 1970's. So stylish. 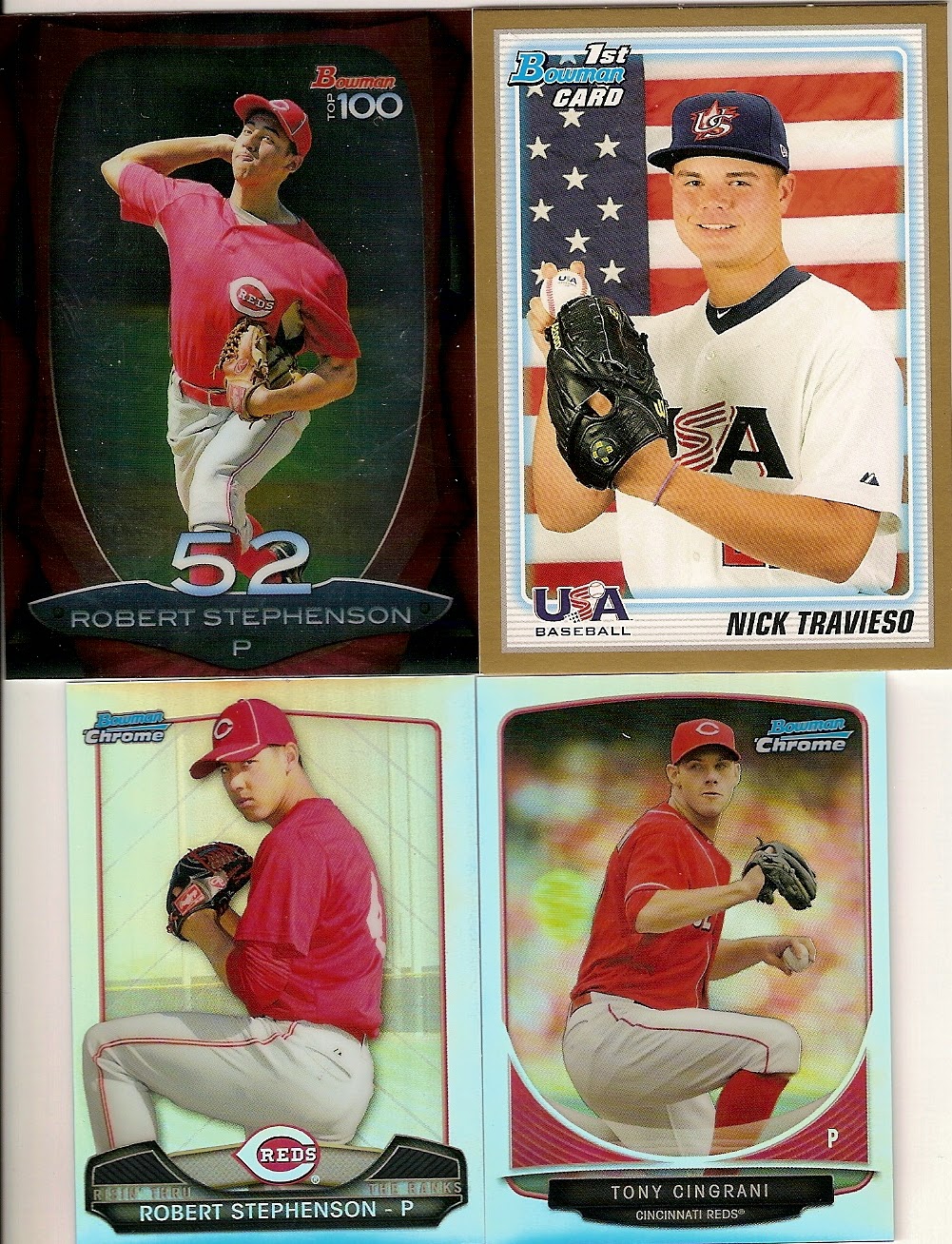 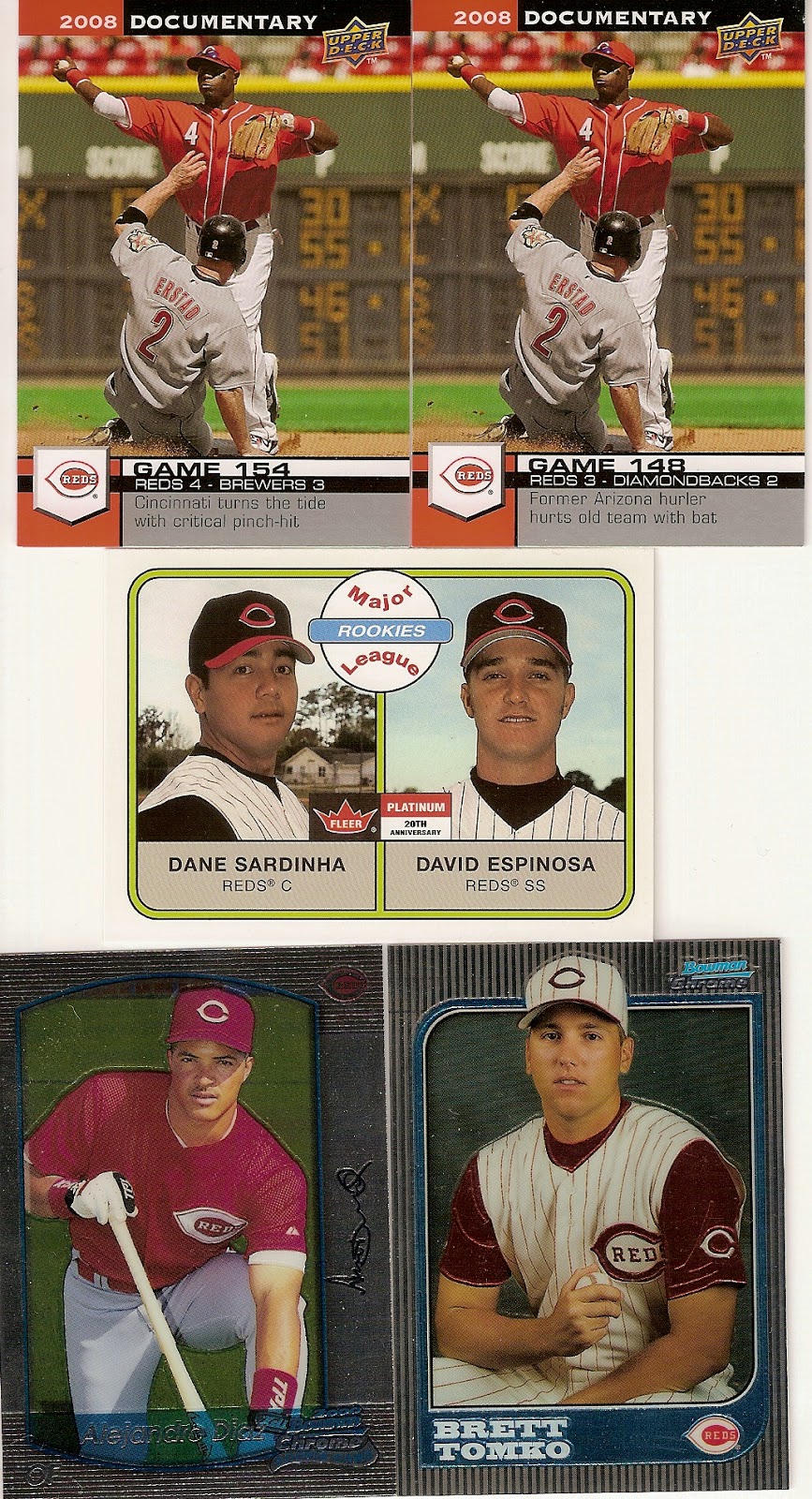 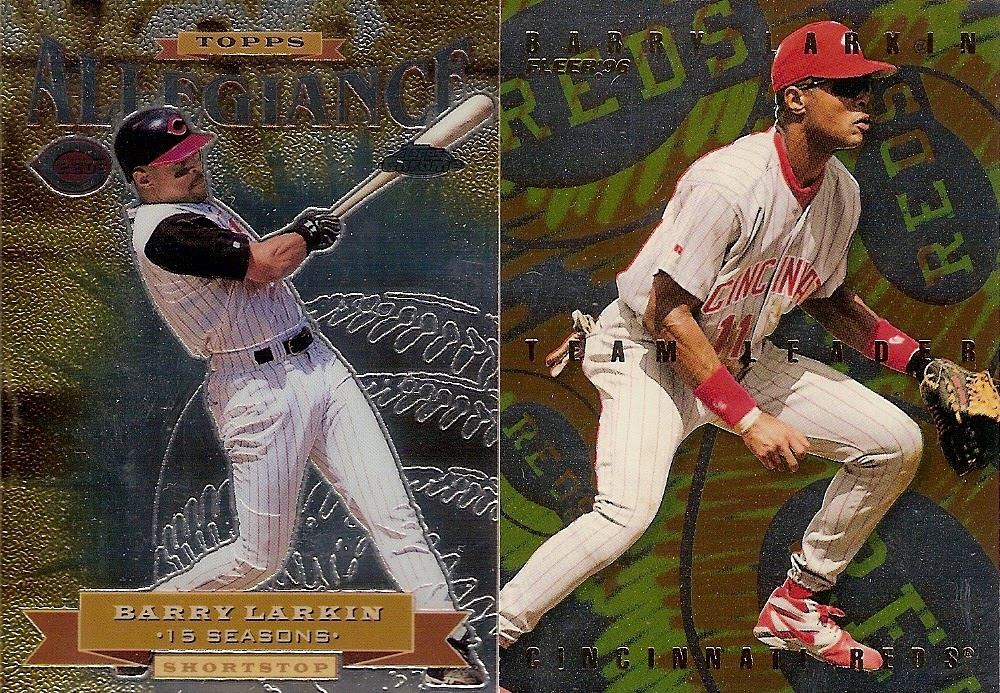 And we'll close out the show with some gaudy Barry inserts.